Bahamas: Enchantment of the Seas

I’d like to think of myself as a creative person. My mind is very worldly and traveling at a young age has allowed that aspect of me to broaden even further. I am proud to say that my goal of traveling to 25 different countries by the age of 25 is now complete. This trip to the Bahamas was a great way to ring in the latest addition to the Vagabonding Club. 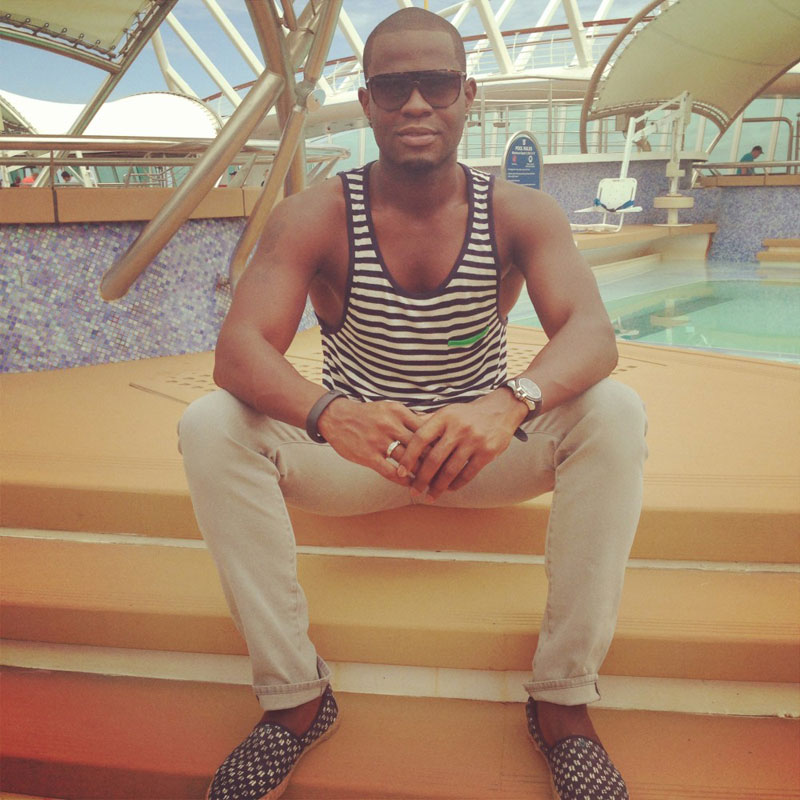 Before venturing off to business school in Shanghai, China. I felt it was important to squeeze in one last trip before the start of a hectic semester abroad. After a successful run on the Norwegian Star last year, I decided to give Royal Caribbean a try. I boarded the Enchantment of the Seas in Port Canaveral for a fun filled 3 day cruise to the Bahamas! 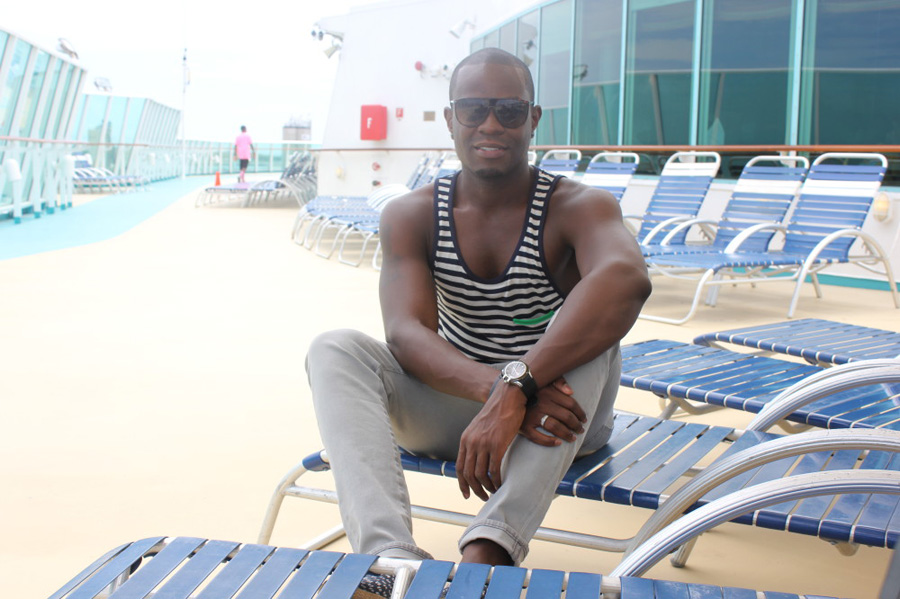 Royal Caribbean’s Enchantment of the Seas is one of the older cruise ships with some areas that sparkle and some a bit dated – its beautiful nonetheless. The ship offers a large pool deck, two swanky suspension bridges, a CHAMPAGNE bar, and countless eateries including Windjammer Cafe, Ben & Jerry’s Ice Cream, and Chops Grill Steakhouse. One of the pros of the Enchantment of the Seas is that it caters to all taste. The doors of the Viking Lounge on deck 11 were always open for the rowdy crowd, the elders can find peace and relaxation in the adults only Solarium, and several youth programs are available to keeps kids out of the way. Entertainment options ranged from trivia and bingo to various “twerk” parties on the pool deck. 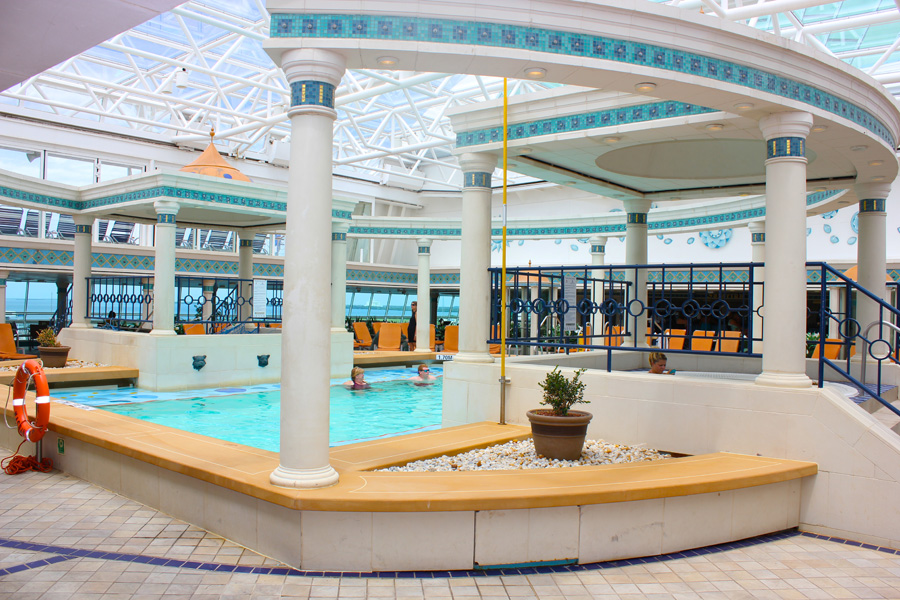 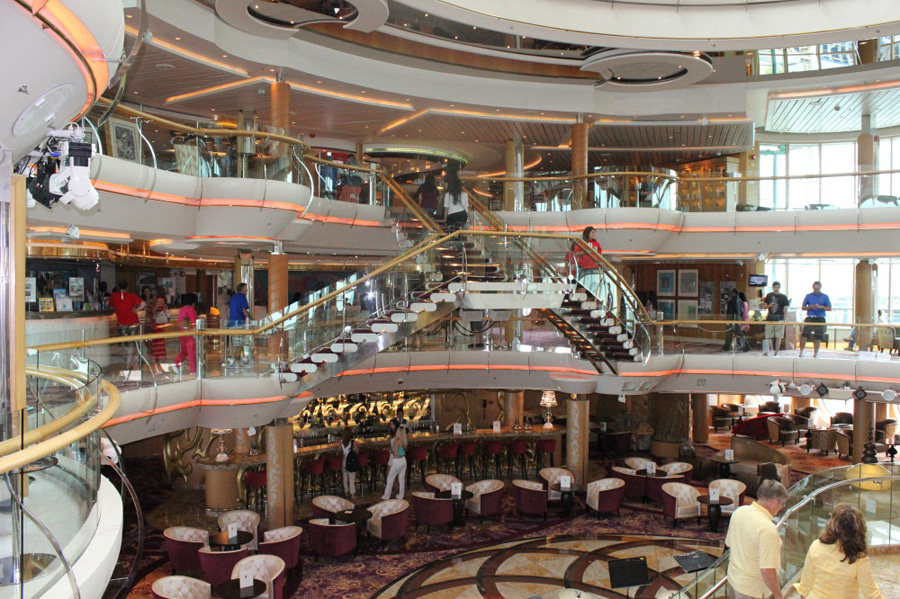 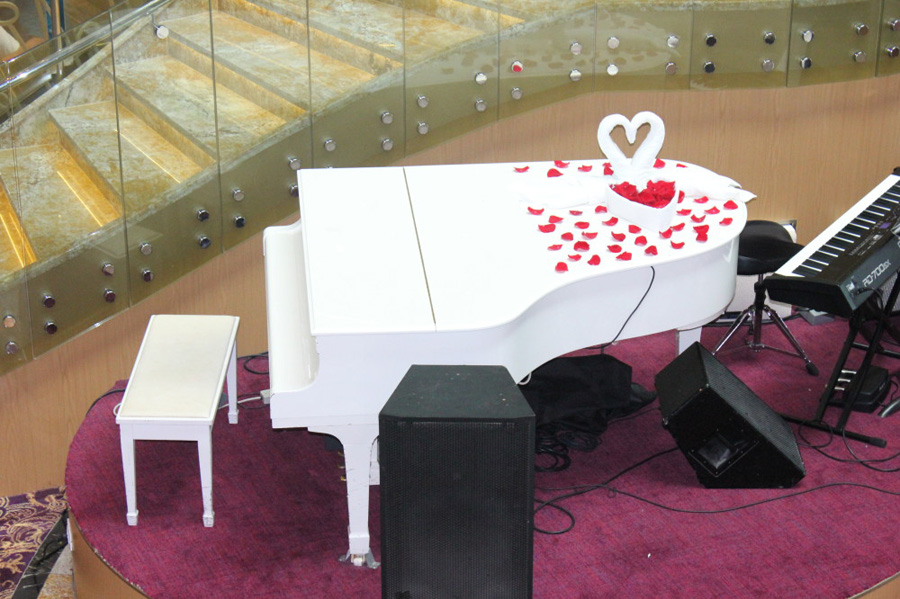 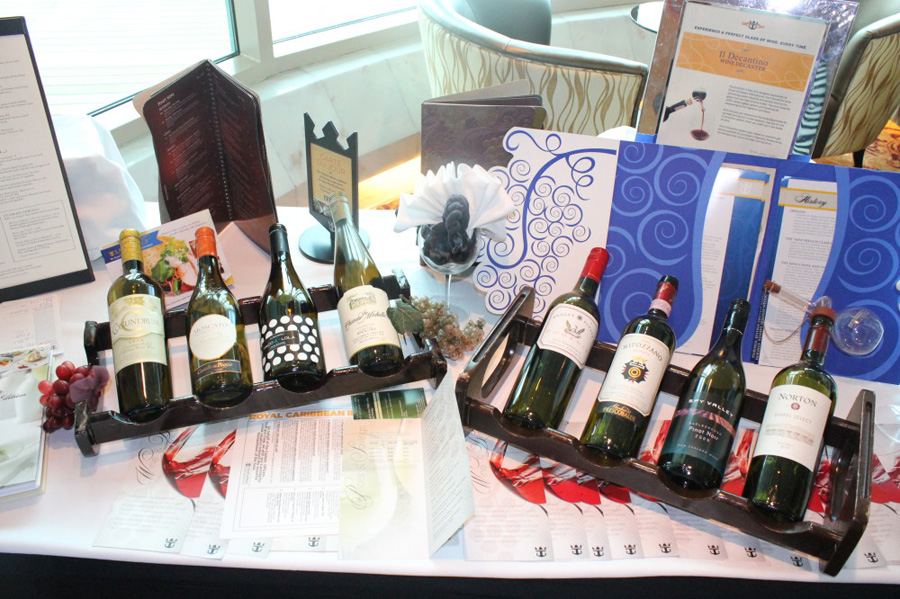 To minimize cost, I opted for an ocean view room (no balcony). The cabin was small, yet comfortable. The stateroom was located on deck 2 and easily accessible to the gangway for port arrivals. The staff were friendly and attentive and the adults only game in the Spotlight Lounge is a must – pure comedy! My only hang ups about the Enchantment of the Seas were the dinning options and showtime in the theater. The dinner selections were very limited – any specialty options such as lobster and steak came with a fee, unlike Carnival and Norwegian. Also, the nightly shows seemed a bit rushed and lacked variety, most likely caused by the cruise’s 3-day duration. I’m sure the 7 days+ cruises offers more variety. 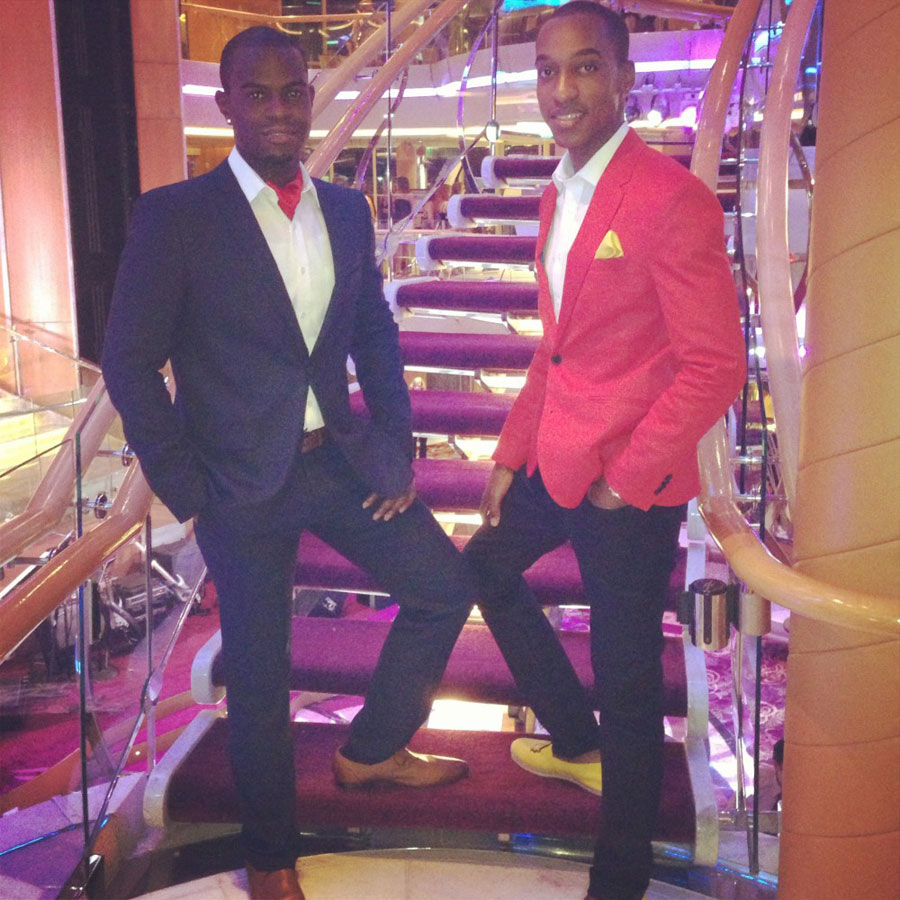 The first port of call is Nassau. Most people are against going on cruises due to insufficient time at each port. You can work around this if you plan accordingly and do some research prior to arriving. It’s not hard to capture the essence of any town while on a cruise – just have an idea on the sights to see and start your day early. 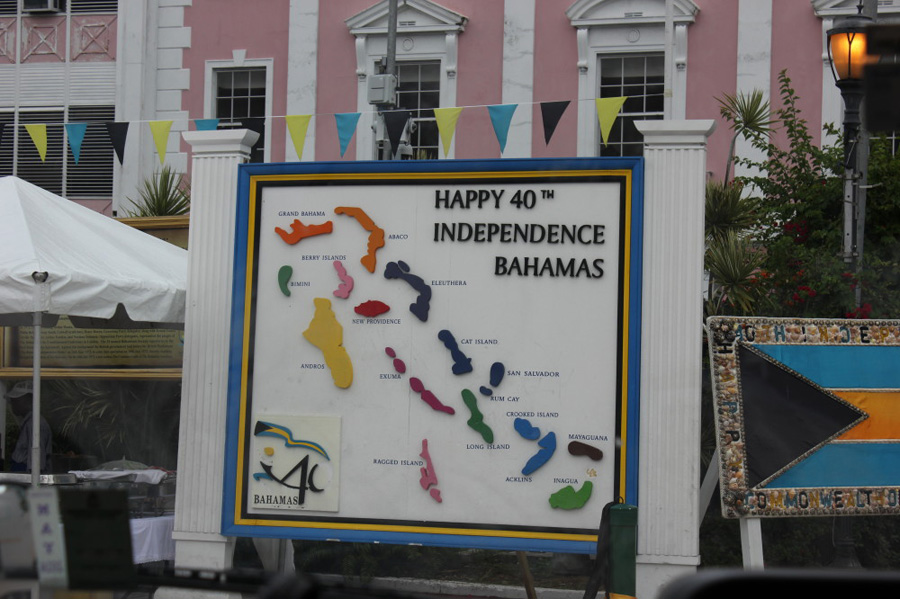 Our tour through Nassau took us along Bay Street, the heart of Nassau’s shopping district, the Queen’s Staircase, and Fort Charlotte. 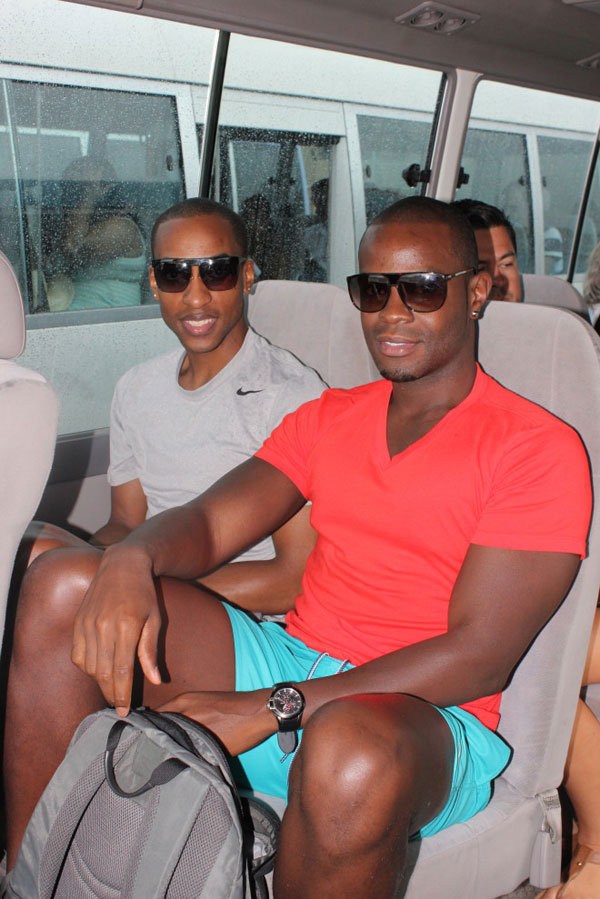 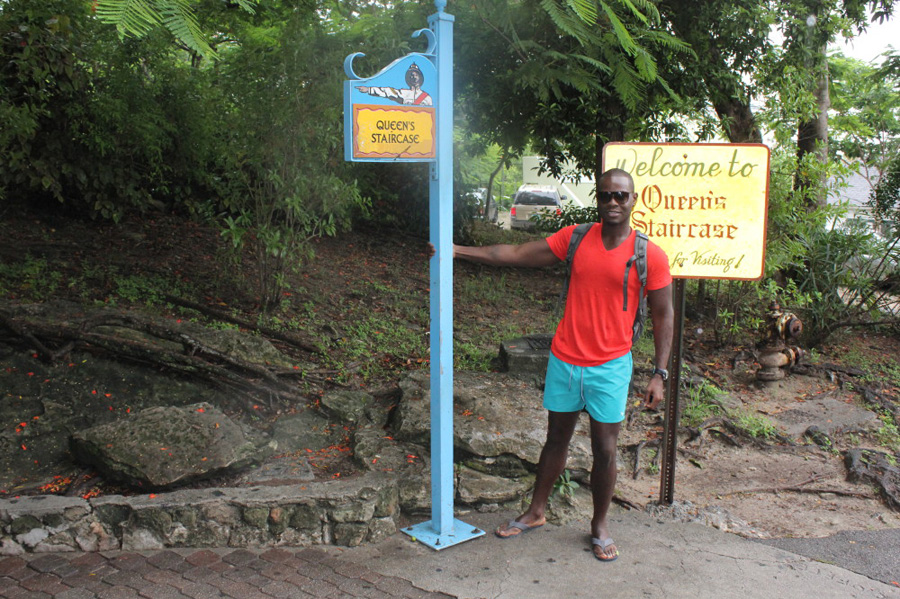 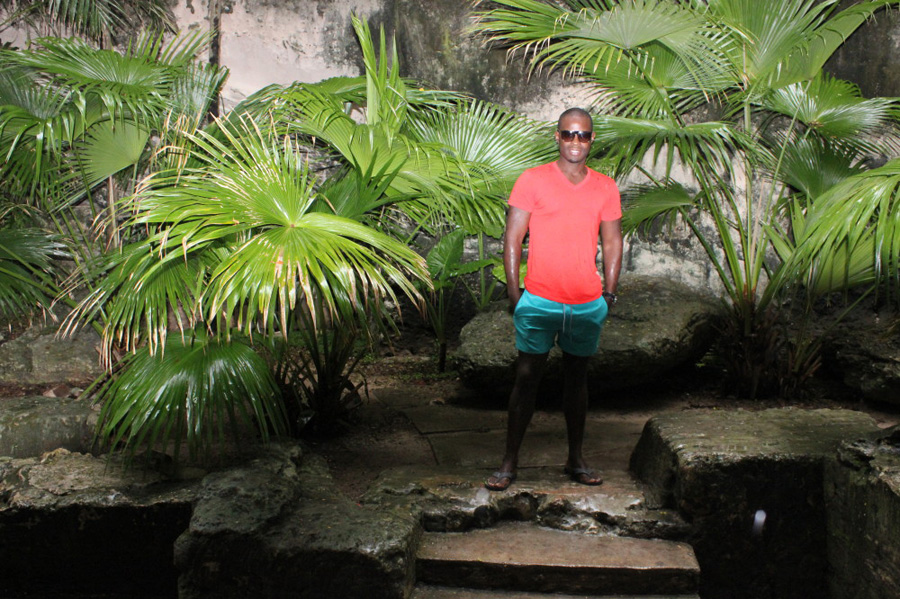 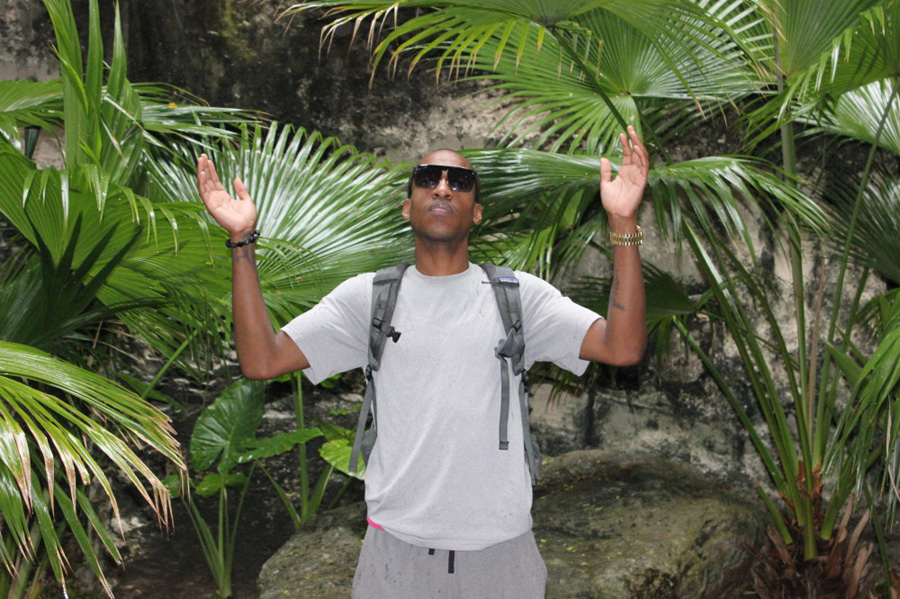 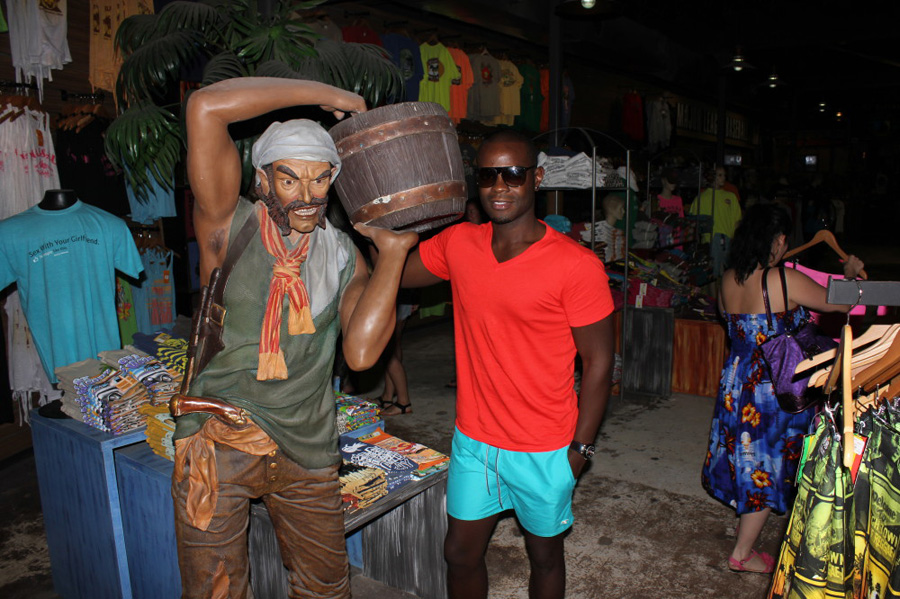 No visit to the Bahamas would be complete without indulging at a local fish fry. I was on a mission for fried conk fritters and shortly found myself at Eddie’s Fish Fry. Be sure to try their Sky Juice – its amazing. However, the taste of alcohol is very minimal, but will eventually creep up on you! 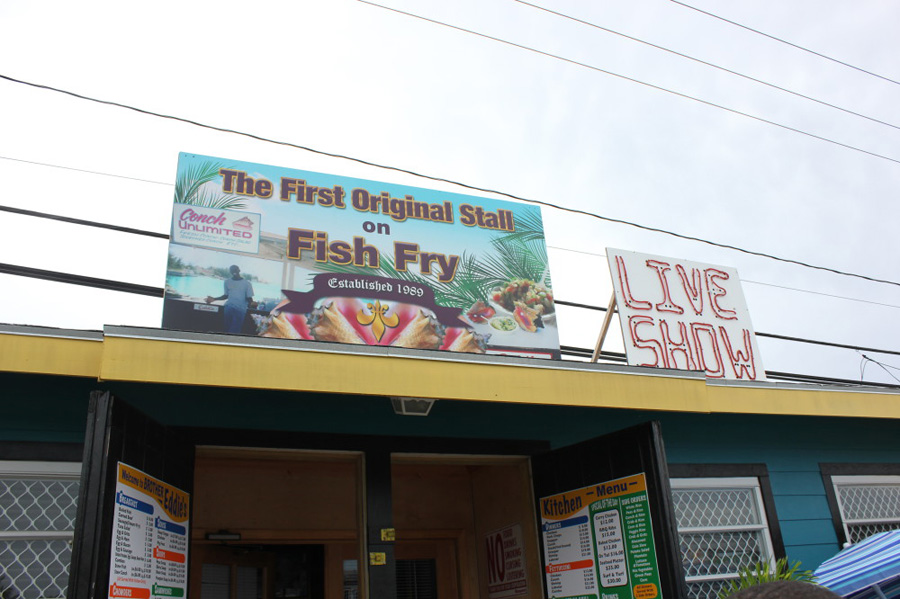 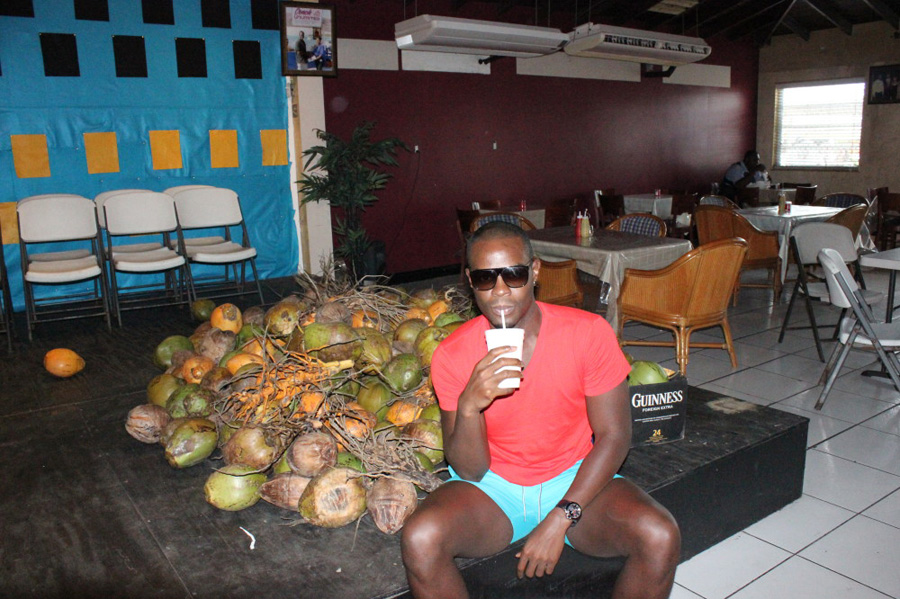 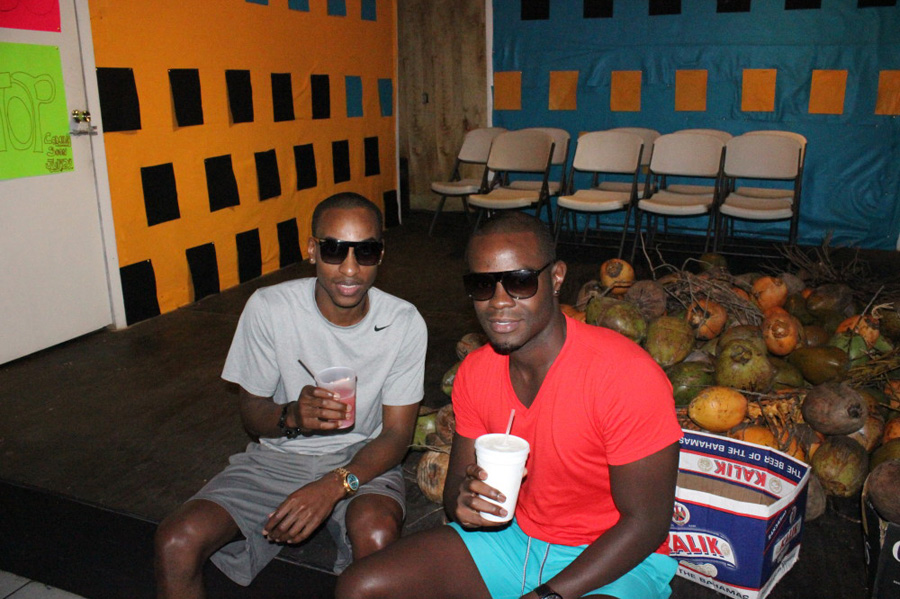 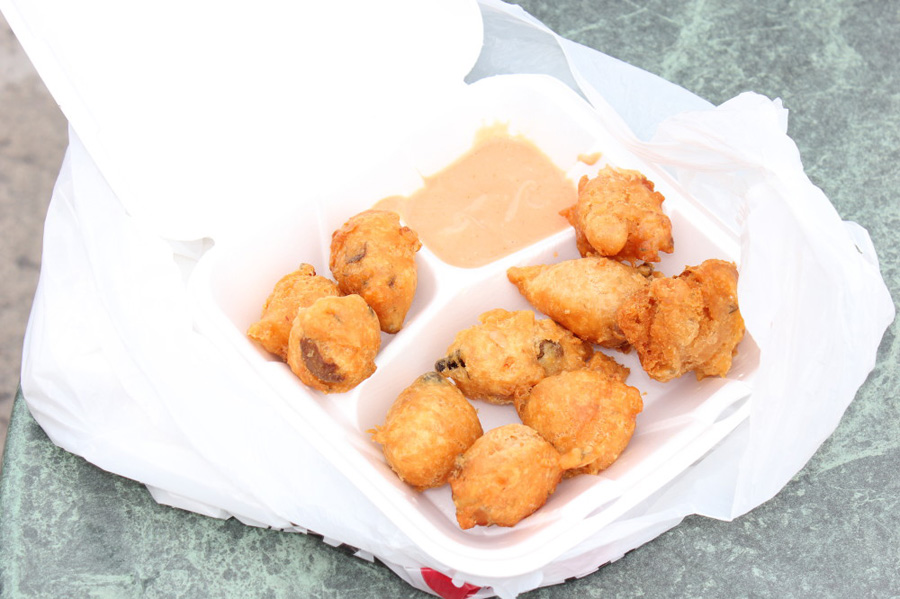 Atlantis water park is equipped with water slides, river rapids, numerous swimming pools, and a pristine beach. The Leap of Faith and the Abyss are not to be missed. Be warned, these slides are not for the faint-hearted. 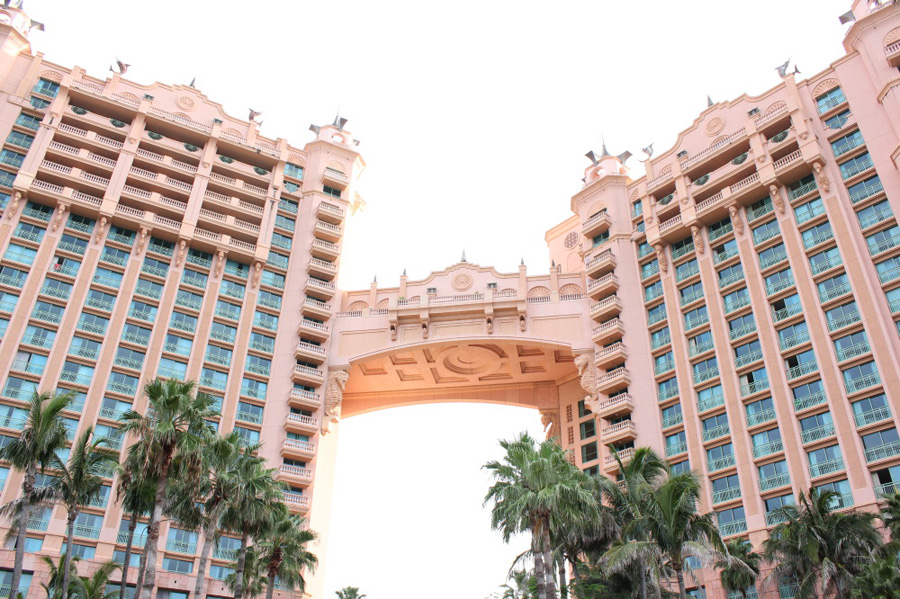 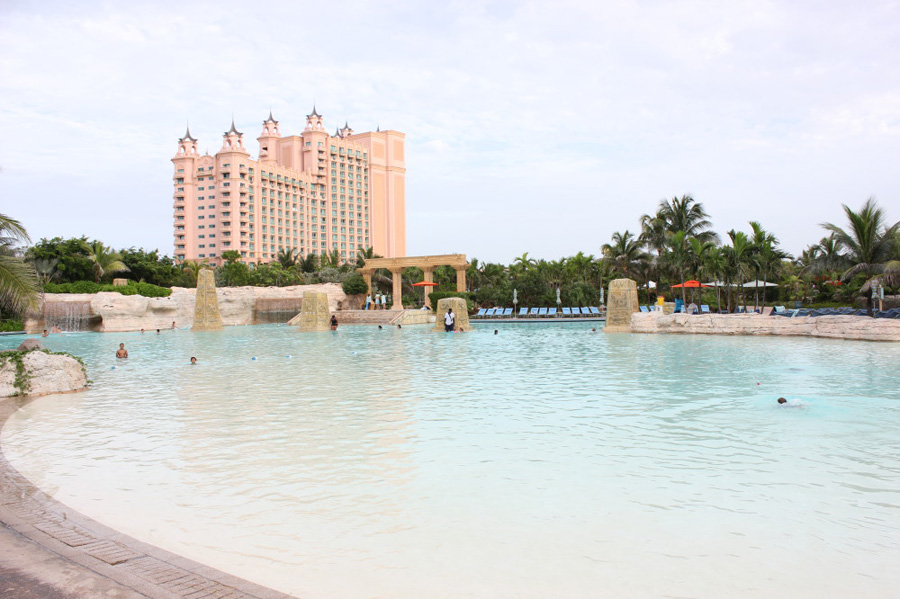 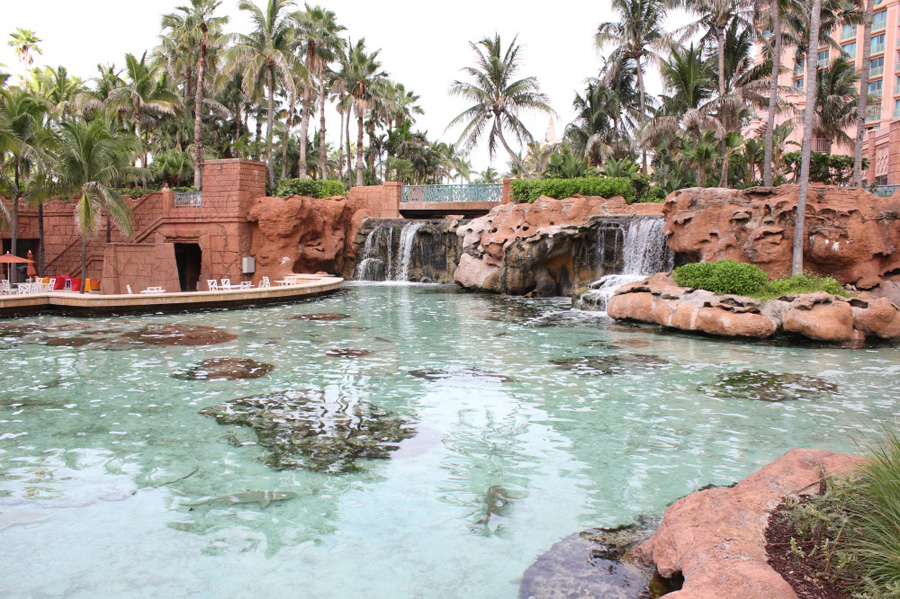 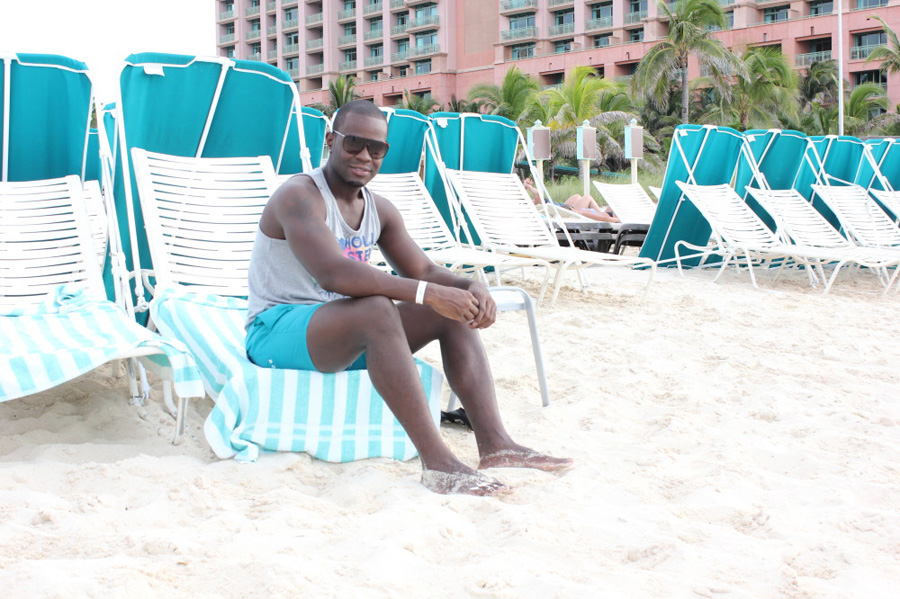 The last port of call is Royal Caribbean’s private island, CocoCay. The number one rule on CocoCay is to relax. There are several tours available and a beach BBQ during lunchtime. Despite our jammed packed schedule on Nassau the day prior, I opted for yet another thrilling day on CocoCay. First up was jet skiing! This was a heart pumping, high energy ride around CocoCay and the Berry Islands. For an excursion that seemed so simple and harmless, jet skiing turned out to be one of the scariest experiences ever. It was both exciting and horrific at the same time. This ride was not the typical jet ski excursion – I rode far out pass the cruise ships that were sitting idle in the middle of the ocean. Words definitely cannot capture this experience full circle. The remainder of the day consisted of drinks, several rounds of volleyball, lounging at the beach, and more drinks. I consider it a day well spent! 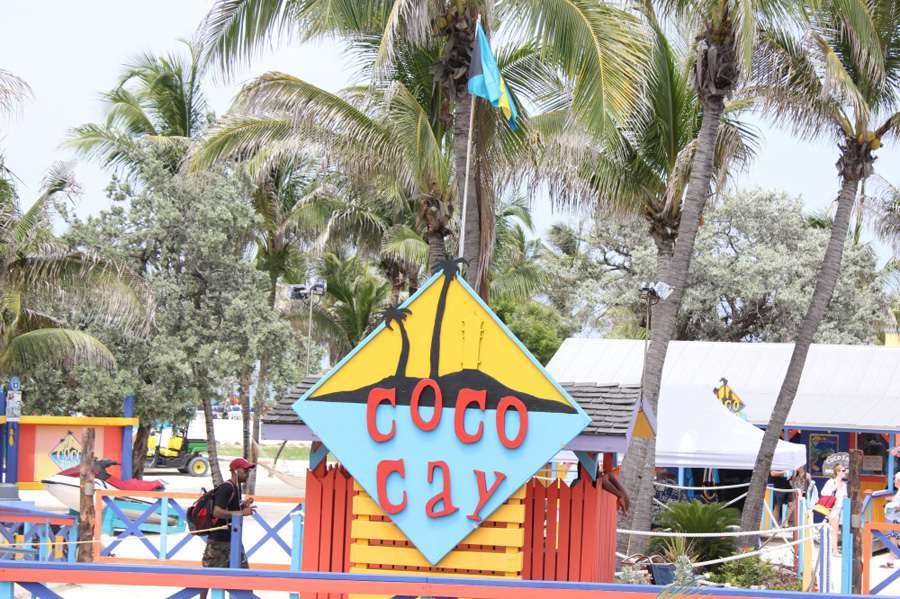 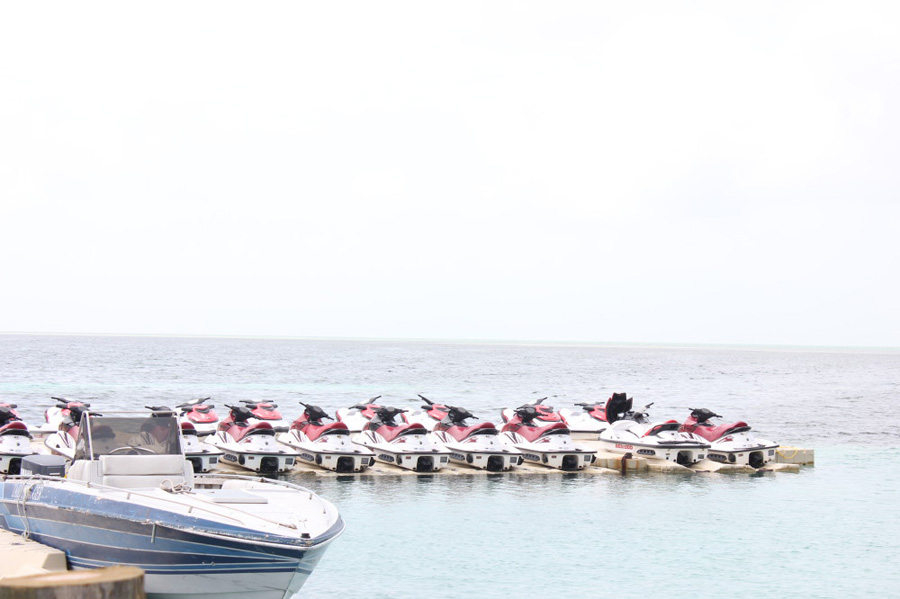 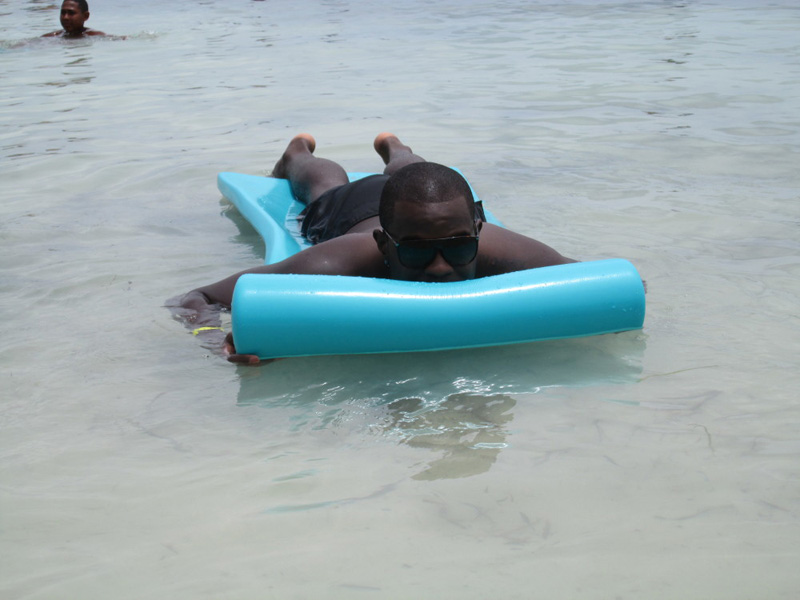 Overall my experience on Royal Caribbean’s Enchantment of the Seas and the Bahamas was a great one! I look forward to booking my next escape on the Allure or Oasis of the Seas.

Until next time, cheers to the Vagabonding Life!

What you can read next 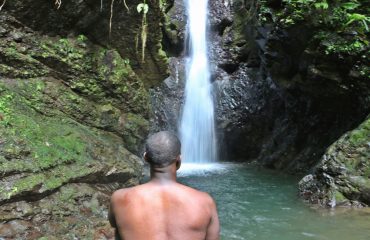 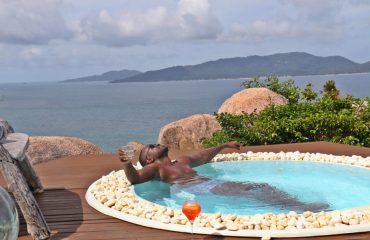 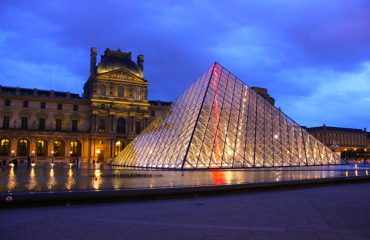 This site uses Akismet to reduce spam. Learn how your comment data is processed.

Great Conversation at the Burj is all I ask for #D

Popcorn & Morning Coffee... I don’t ask for much

@2020 The Vagabond Experience. All rights reserved.